Over the years I have owned five 1950 Oldsmobiles.  Indeed my first car was a 1950 two door sedan that I purchased when I was 15 (1957).  I painted this Oldsmobile three times over the period I owned it.  First it was painted in black primer then metallic lime green and then later a bright orange.   Those versions are shown in the gallery below: 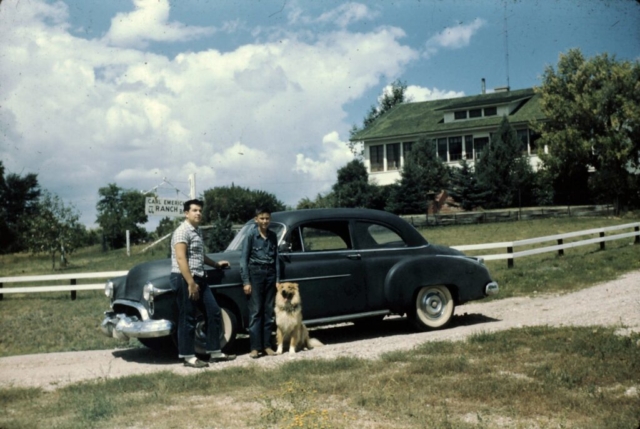 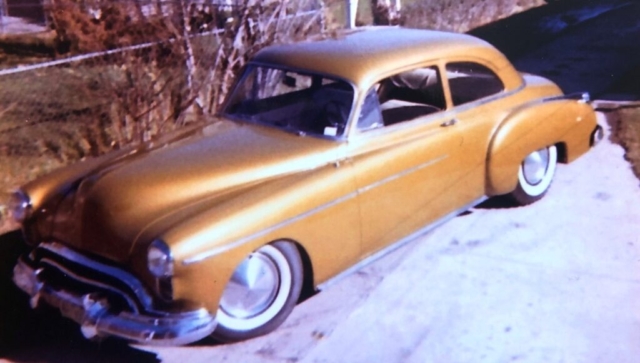 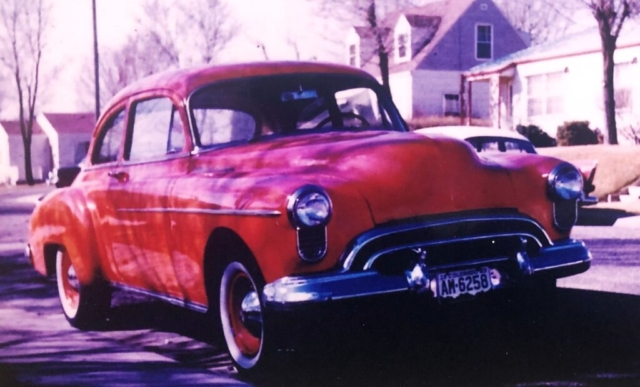 The photo of the car in primer was taken at my cousin’s house in Cheyenne, WY.

The next ’50 Olds I bought was around 1965.  It was a four door model with a rare standard shift transmission.  I did some body repair and painted it a maroon color.  I mainly purchased/repaired the car to make a few dollars, but I did drive it for a short time before selling it.  As I recall, it had one bad cylinder but still ran very well (See photo gallery below). 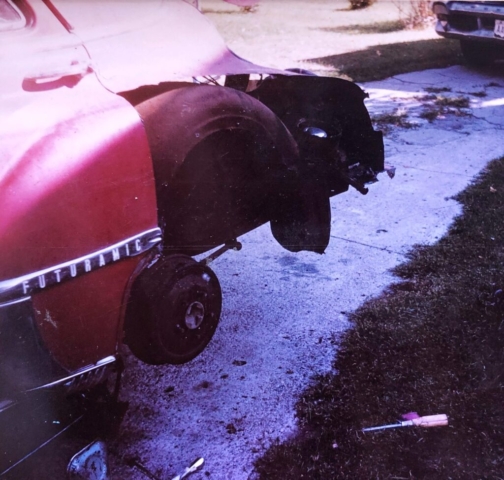 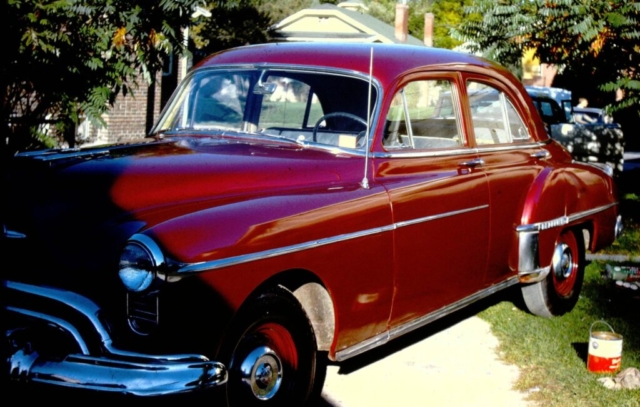 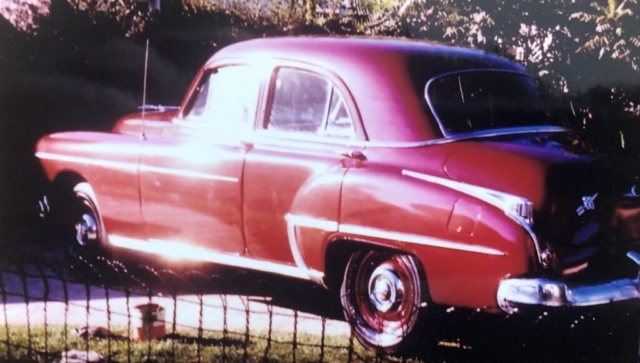 In July, 1986 I purchased a pretty rough ’50 “bubble coupe”.  It does run (somewhat) and has a few speed equipment parts on it.  I have stored it since purchase, hoping to start a project to bring it back to life.  (See photo below).  I should note that I have gathered a ton of parts for this car and have most of what I need to make it a decent car.  Maybe some day if I get the rest of my projects done and live long enough {huge grin} 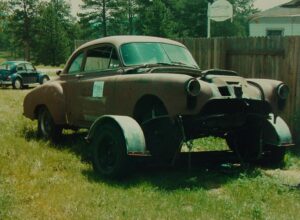 In 1991 the following ad appeared in the Denver Post: 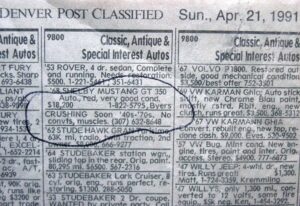 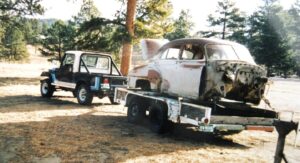 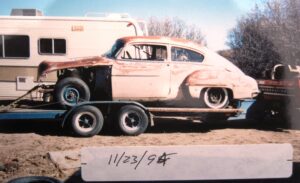 I just could not resist purchasing this ’50 Olds  fastback from a good friend.  The main body was in good shape and I knew I had all the parts to finish the project.  I did a lot of work on this car in the mid-90s and have just recently began to work on it again. It will be the subject of a build diary on this website (see menu below).

As a side note, most of my high school friends had ’50 Oldsmobiles.  At one time we had almost every model.  In those years, the ’49/’50 Olds were the fastest cars — the so-called “muscle car era” would not to be born for several years.

I have to say that my love of ’50 Oldsmobiles was partially a result of my parents purchasing a beautiful ’50 four door – new (see photo below).  My dad was so proud of the power that the car had.  That was kind of a family joke, since he was the worlds slowest driver. 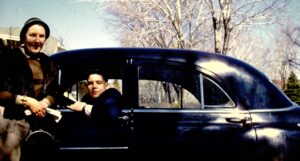