This is the original frame (recall all gallery photos are thumbnail and can be enlarged by clicking on them) : 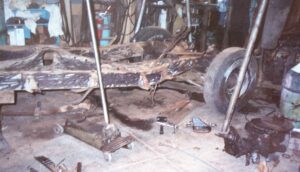 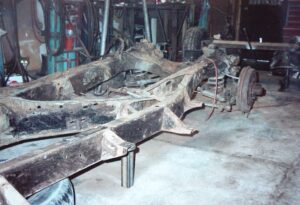 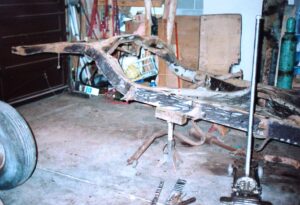 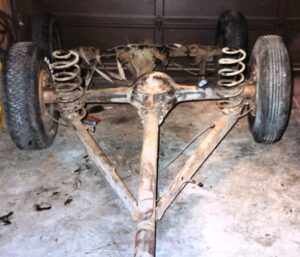 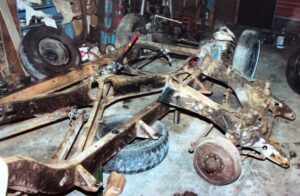 I wanted to upgrade the running gear to something more modern.  I chose a mid-seventies full size Buick for the components. That gave me power steering, updated brake system including power brakes with dual master cylinder and disc front brakes.

The first effort was to graft the front suspension from the donor Buick onto the ’47 frame: 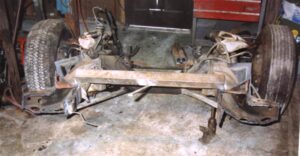 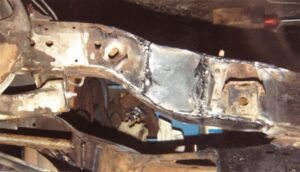 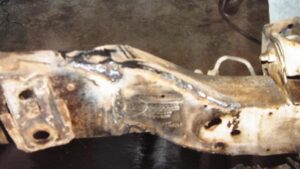 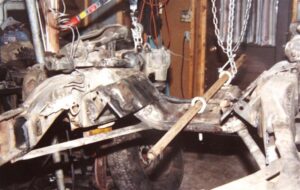 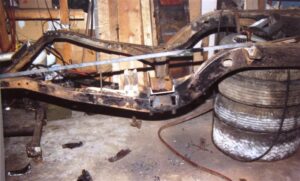 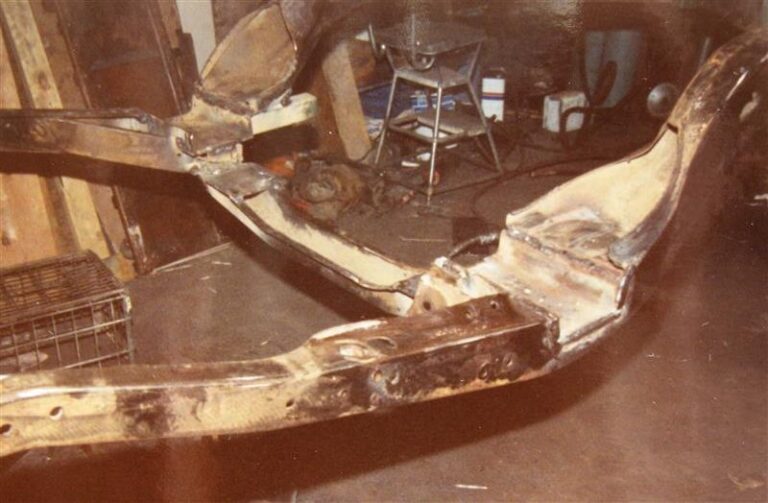 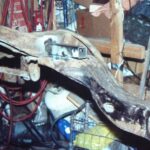 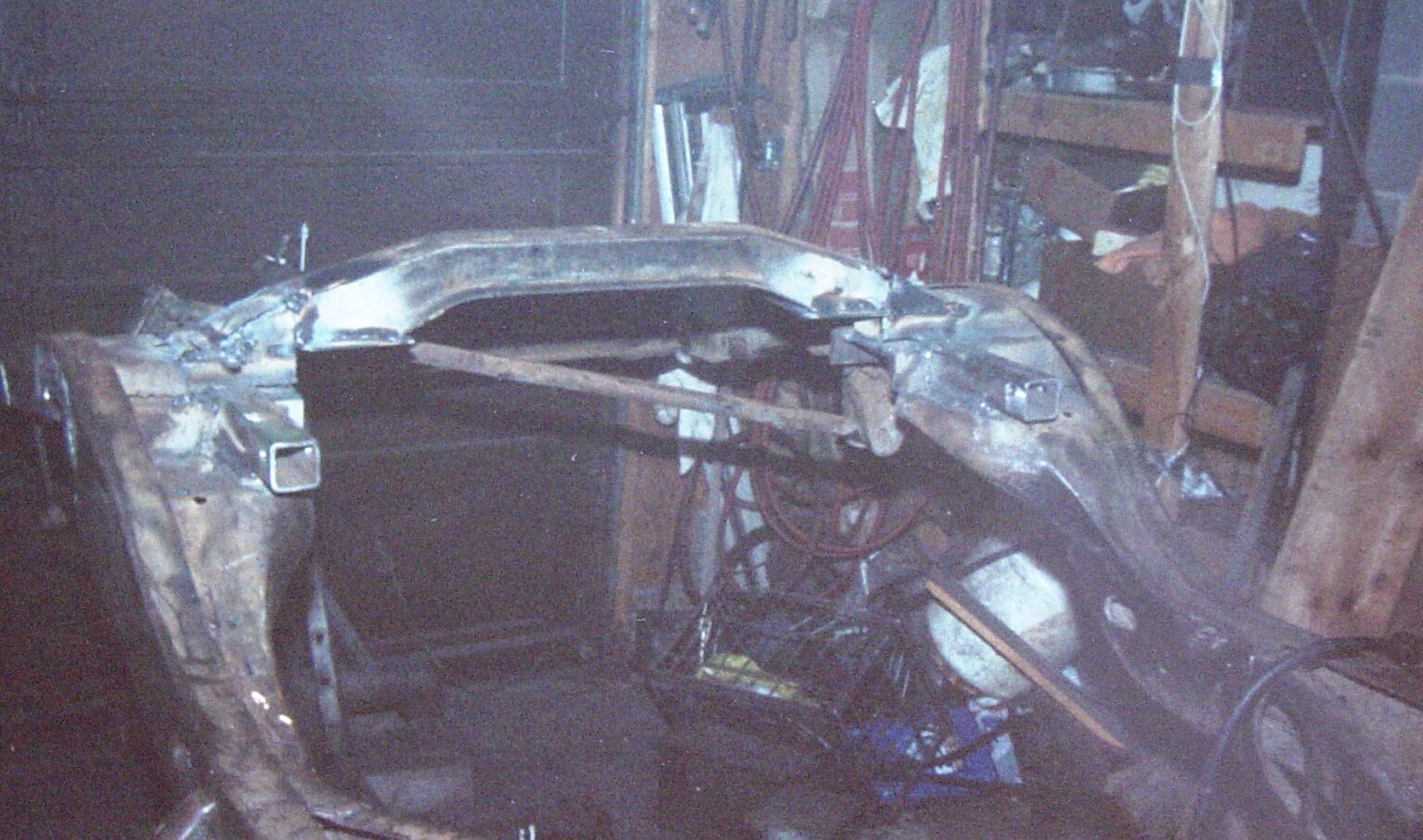 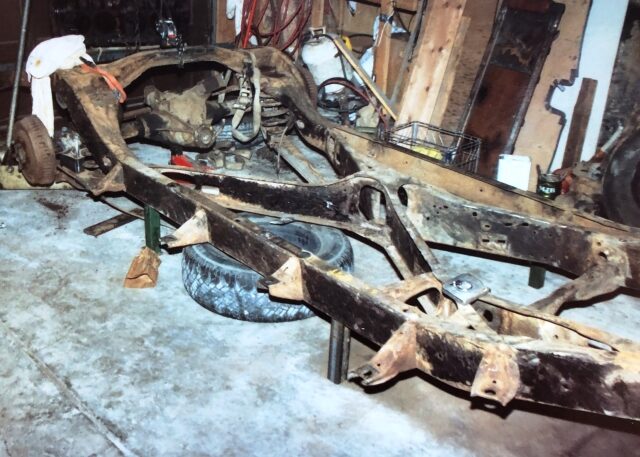 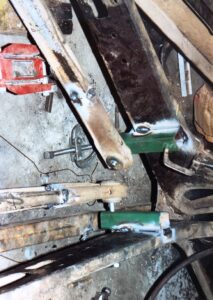 Again, I am not thrilled with my documentation of this modification.  I used the mid ’70s donor car rear end for better brakes and modern gear ratio.

The rear crossmember was raised and I made what is called a “C” in the frame using channel iron.  That allows the rear end to travel higher in the frame when the suspension is set for a lower ride.  The new read end had to be modified for mounting the track bar and trailing arms.   I also used square tubing to make a shock absorber mounts.

When I did the suspension, I decided not to use air bags on this car.  I have them on the front of my ’56 Chevy. for both ride improvement as well as adjustability of ride height.  I set the suspension so that the ride height was fairly low.  I am having second thoughts.  Time will tell which way I go. 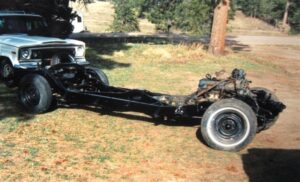 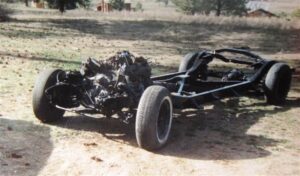