At the end of page 1, I mentioned using lead to do the bodywork.  Lead was used by the early kustomizers before bondo was available.  It is quite a “grueling” process that consists of several steps to clean and prepare the surface “tin the metal” so that the lead adheres to the base metal.  The lead is spread with wooden paddles when it is a semi-liquid state.  Lots of skills involved.

Many years ago I did some basic lead work.  However, this project demands some advanced skills. 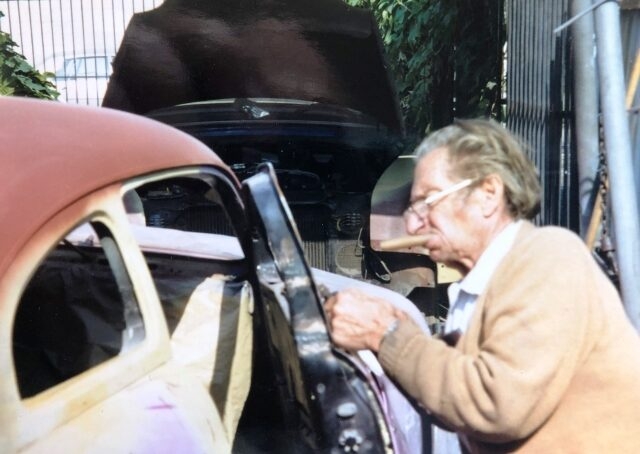 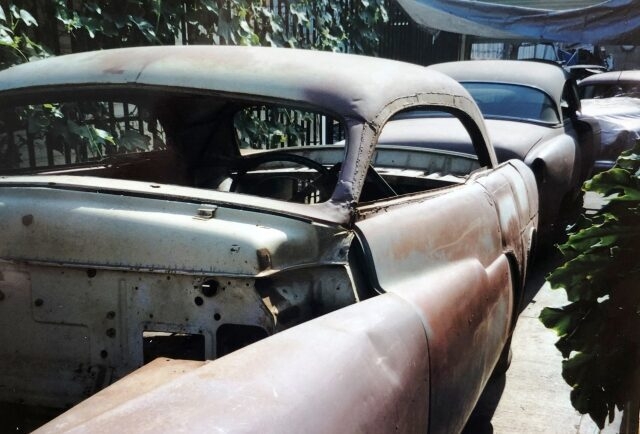 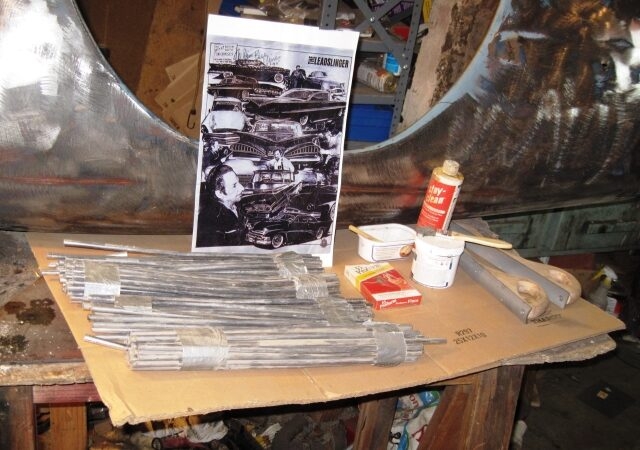 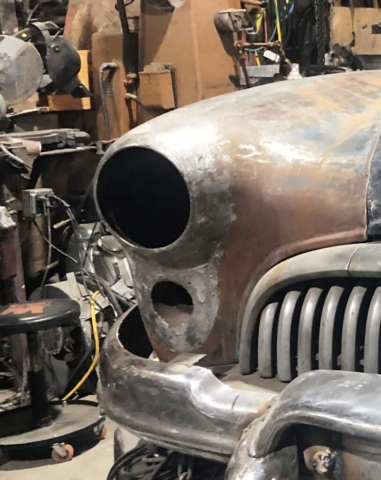 The gallery above shows Bill Hines (king of the lead “slingers”).  He was an amazing person who spread lead for over 50 years and was always smoking a cigar the he lit with a torch.  The photos were taken by me at his shop in LA (around 2000).  The picture of the Mercury shows some pretty primitive body work that that will be covered in lead.  That was pretty much the accepted process of the “great” kustomizers in the ’50s and ’60s.

The gallery also shows my lead supplies on the workbench.  I purchased the lead from Bill. I even bought the same El Producto Puritano Finos Cigars that Bill smoked {big grin}.  Also shown in the gallery is the frenched headlight and parking light using the lead (still needs the final “dressing”)