Hello from Tillamook, OR

Hello from Tillamook, OR

Well, I survived the early mornings at Boeing.  Both classes went well.  Today we left Everett and drove a bit less than 300 miles to Tillamook.  We left the hotel about 9:00 and figured we would not face huge traffic jams – yeah right.  Everett is north of Seattle so we had to go right though the center of town and that is always a challenge.  We often say that Seattle traffic is among the worst.

We chose a local motel here in Tillamook:  Western Royal Inn (there is no Holiday Inn in Tillamook).  Google Maps Link

We chose to stop here for two reasons.  First, it seemed like a reasonable distance to drive today.  But most importantly we wanted to tour the Tillamook Creamery.  When Thomas and Klara were staying with us, they got us hooked on Tillamook ice cream bars and sandwiches – the best.  The tour was fun and, of course, we had to have some ice cream after the tour. 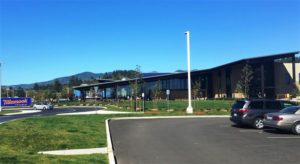 Now to catch up a bit.  On our drive from Spokane to Everett on I90 we crossed the Columbia River Gorge.  The views from the overlook on the east side is amazing (see photos).  The Gorge is close to Ellensburg, WA. 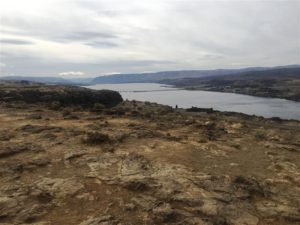 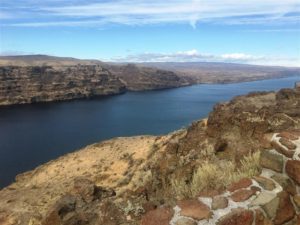 One of our very special friends Ed Hackenbruch (and Stevi) saw in our blog that we were driving to Everett and suggested we drive down to Duvall, WA where Ed was born.  Further he suggested we have dinner at the Ixtapa Mexican restaurant and have “Chicken No Name”.  Tuesday after work we drove down there.  The drive was about 25 miles and very scenic with huge trees along the highway.  We did, indeed go to the recommended restaurant.  The Chicken No Name is listed as an appetizer, but the waiter convinced me it was a meal and indeed it was a great meal.  We split a churros dessert and it was to die for.  Thanks Ed. 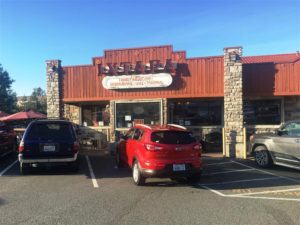 For the next few days we will travel along the pacific coast on US 101.  We have traveled on parts of the highway before, and it is beautiful.

This entry was posted in Uncategorized and tagged Columbia River Gorge, Tillamook. Bookmark the permalink.