Tuesday morning September 8, 2009 (fourth travelogue of this trip)
Well, obviously we are home. I left out a couple of things in earlier posts for this trip. On the way out to Salt Lake we started seeing smoke in the Dillon, CO area. That is really scary, as that area has been devastated by pine bark beetle and well over half the lodge pole pines have been killed and are very dry. It turns out that it was from the huge fires in California and to a lesser degree ,some fires in Utah. When we stopped in Green River, UT the smoke was pretty thick. After that we did not notice it as much, even though the fires were still going strong. Perhaps it was the fact that we were further north coupled with the wind direction.
I had mentioned that I would show a picture of the SilverLeaf Glass Dash. It is the ultimate upgrade for those who want to know what is happening with their engine and related components.
I finished the installation a bit after noon on Saturday. I made a quick trip up to visit another bus nut in Ogden and then got back to the hotel in the late afternoon. As mentioned in the last post, we went to the Cheesecake Factory for our anniversary celebration dinner. We have learned to split an entree and then each order a piece of cheesecake. Even then, we took about half of each piece of cheesecake home with us.
I have to talk about our hotel in Salt Lake (the Airport Inn). As I noted last time, we stayed there a few weeks ago. While it was definitely not fancy, it seemed like we could live with it for a few days. Our room was very strange. It actually surrounded the elevator on three sides! It was quite large. The carpet needed to be replaced, but the rest was just fine. It seemed clean enough and that is really what we want. It was located right across from several FBOs (locations that service and store small planes). We took walks most every night and had fun watching planes take off and looking at the small planes.
Sunday we headed towards home. We took I 80 up the hill out of Salt Lake and then took US 40. I wanted to take the two lane home, as it can be more picturesque. That night we stayed at a great Best Western in Craig, CO. Monday we left US 40 at Kremmling and headed towards Dillon, CO. There we stayed with our daughter and here family in their townhouse. This morning we left Dillon early and drove home.
We will be home for a bit less than two weeks and then head out again. Unfortunately not with the bus. We are still very undecided what we will do for an engine. After the next trip, we will stay home until we get the bus back on the road.
Thats all for this trip. 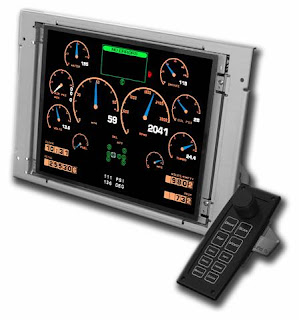 This entry was posted in Uncategorized and tagged Glass Dash, US 40. Bookmark the permalink.