Hello from Honolulu, HI and Evergreen, CO Friday evening April 3, 2009 (Third travelogue of this trip) This installment will start at the Honolulu airport and finish up somewhere on the way home. I will publish it when we get home. Things have been a bit hectic since we got home, so this travelogue is a bit tardy (being posted on 4/6/09). Tuesday we took it kind of easy. I did a lot of work on my business website. It was getting pretty dated and needed a general overhaul. I did a major format change and got some of the content updated. I also got the e-store updated as well. Take a look at: http://rvsafetysystems.com/. It may sound strange to be doing work in such a beautiful setting, but it needed to be done and it was fun to take breaks and really enjoy the setting. That evening we went into the small town of Hanalei. We love that town and will discuss it more in a couple of paragraphs. Wednesday, we again drove south to visit the Kilohana Plantation and ride the Kauai Plantation Railway. This was a great tour. The plantation was a huge sugarcane plantation at one time. It is now an experimental farm and great tourist attraction. Our tour included a ride out into the plantation where we stopped to feed “wild” pigs. We then took a hike down into a beautiful valley that was close to being a rain forest. Our guide was very knowledgeable about the vast number of plants and trees that we saw. After the hike we had a fun box lunch and then hiked into the experimental farm area. Here they are growing a large number of fruit hybrids. Not many were in season, but we did get to eat a great fruit that was a combination of a lemon and orange. It tasted great. We got to see banana trees, pineapples and many more varieties of fruit. We then met the train for a return to the visitor center. The sugarcane plantations used trains to a fair extent. This train (see photo) was pulled by a 1939 Whitcomb locomotive. I had not heard of Whitcomb locomotives, but it turns out they built a lot of mine locomotives in the early part of the 1900s. Later they were bought by the more well know Baldwin locomotive company. In any case, it was an interesting locomotive that really was more like a truck, in that it had a small diesel engine/four speed transmission/clutch for the drive train. After the plantation, we went to the Kauai Coffee Museum. This is a huge coffee operation with very advanced coffee processing equipment. It was quite a contrast to the very small “old fashioned” processing plantation we visited in the Kona district. It was fun to see the drastic differences in the processing. Thursday we again had a leisurely day with an excursion to Hanalei for dinner. So, let’s talk about Hanalei. It is a very small town with a great deal of charm. In the fields around Hanalei, the majority of all of the Hawaiian taro is grown in fields that are constantly flooded. Taro is used primarily for poi, a staple of the Hawaiian diet. Hanalei is also famous for the filming of the movie South Pacific. In addition, it was made famous by the song Puff the Magic Dragon. The cliffs near the town are said to look like a dragon. Lastly, the town in Lilo and Stitch is said to be based on Hanalei. But to us, it is just a fun little town with some great casual eating opportunities. As seems to be our habit, we found a great little ice cream store on the way home from Hanalei. It is Lappert’s and seems to be fairly famous in Hawaii. It serves great ice cream and very fresh, tasty coffee. We had to laugh when we rented our first car in Hawaii. Of all things, it was a PT Cruiser (same car as we have at home). It is considered a mid-size car by Dollar Rental. When we got to Kauai, guess what? Another PT Cruiser {grin}. At least we knew where all the controls were. We did pretty good on expenses for this trip. Stampin’ Up! paid for the hotel/airfare/meals for the first half. We used our timeshare for the second week, used miles for the rented cars, and now we are sitting in first class (via air miles) on the way home. Our flight from Denver to Honolulu was over 7 hours, and it got very cramped in coach. We decided to spend the air miles for the upgrade on the way home and it sure feels good. Well, we are home. Got into Denver at about 9:00 AM Saturday. They had predicted a foot of snow by the time we arrived. However, it turned out that Denver only had about 1 inch. By the time we got home it was snowing pretty good and we ended up with about 6 inches and temperatures in the low 20s. Talk about thermal shock!!! That’s all for this trip. We head out in the bus in a bit over two weeks, so join us then. BTW, did you notice that we have added a map showing the states the bus has been in. If our schedule works out, we will be in a few more states by the end of the year. 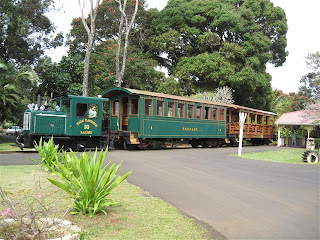 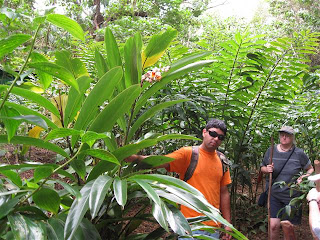 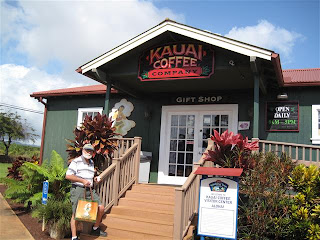 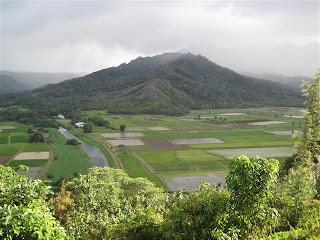 View from close to our condo overlooking the taro fields 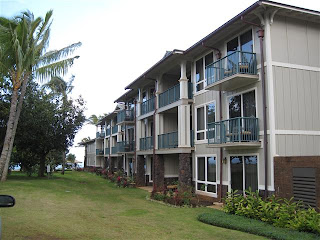 Our condo in Kauai
This entry was posted in Uncategorized and tagged Coffee, Kauai, Kauai Plantation Railway, sugarcane, Taro. Bookmark the permalink.