I am in Salina, KS for the KKOA Leadsled event and am staying at the Holiday Inn (Google Map)

I made this trip so that I could attend the KKOA Leadsleds (link to KKOA).  I have been attending this event off and on for over 35 years.  Indeed, we first drove the 56 Chevy to the 1987 event in Springfield, IL (and I had attended quite a few before that).

For most of the KKOA events, Pat has been with me.  This year she and all her cousins are having a reunion in Nashville.  I think she told me that there are 15 of them which include a few daughters of the cousins.

I dropped Pat off at the Kassel’s on Wednesday so that she could travel with Lisa and Amanda to the airport early the next morning.  I then drove to Goodland Kansas and stayed in a Motel 6.  That motel was less than half the cost of a Holiday Inn and all I needed was a bed.  I have to mention the fact that the Holiday Inn Priority points are much less valuable than in the past.

There were well over 1700 cars registered for the event.  Some, like me, probably register but don’t bring their cars.  The park is huge, but almost all the participant parking areas (many on the grass) were filled up on Today.  The quality of the cars varies quite a bit.  Many, like the 56 Chevy, are not show cars, but hold their own with a lot of the cars.  Some of the cars are true masterpieces or “works of art”.  Some are pretty crude.  No matter, they are all fun to see.

This year the weather was quite different from last year.  Last year it was over 100 degrees and almost unbearable.  This year it was in the low 80s most of the time.  Humidity also seemed low.  That made the show much more enjoyable.

The last two times we attended this event we stayed in a beautiful Bureau of Reclamation Campground about 30 miles from Salina.  Of course, that was a significant commute each day and the cell phone coverage sucked.

Each time I attend this event I get jacked up to bring one of my cars to a future event so that I can be a “real” participant again.  It might be the ’56 Chevy which we could possibly drive to the event, or it might be the ’50 Olds which we would have to bring on a trailer, as it is not set up for cross country driving.  Both need some significant work and I seem to get “derailed” from getting them completed.

I have included some pictures. 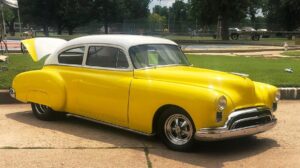 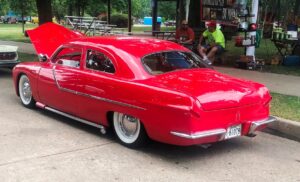 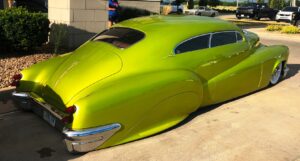 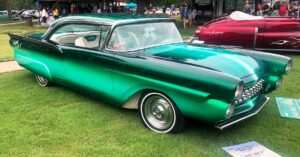 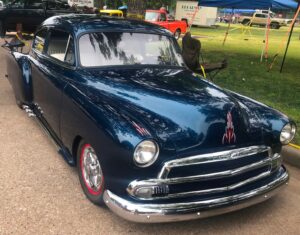