Well as usual, I am way behind on my travelogue.  I will start this post by describing the Friday night Stampin’ Up! party.  And quite a party it was.  They had a huge tent erected, arranged for Thai vendors to be present, had live Thai musicians and dancers, and had several stations with Thai food that you could choose from.  In addition, we got special flower bracelets. They even had baby elephants to greet us.  I think it took 23 buses to get everyone to that location.  I have posted two pictures.  The first is a view of the tent and the second is of Pat and I being greeted by one of the baby elephants.  He had been taught to put his truck around one of the people being greeted (note his trunk around Pat).  Without question, SU spared no cost to honor their demonstrators. 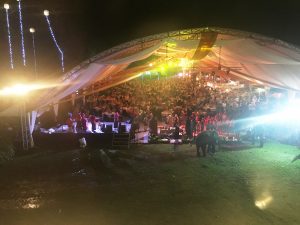 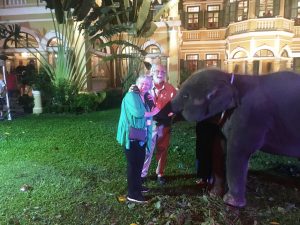 As I mentioned, Friday was our travel day to Chiang Mai.

Saturday was our first of two FULL days of touring.  Our first stop was a mountain village.  We took the standard van to fairly large village and then transferred to a “taxi”  (actually the back of a pickup) and then climbed to more than 4000 feet to the wonderful and beautiful Doi Pui village.  They have lots of gardens and waterfalls and then you climb to a coffee house a few hundred feet above the village.  They pride themselves in growing great coffee. 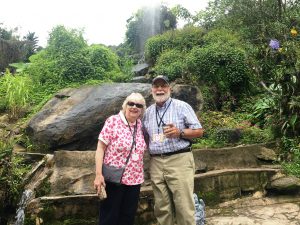 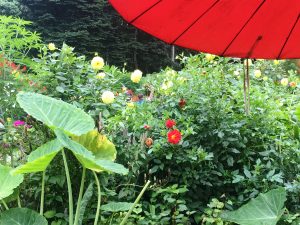 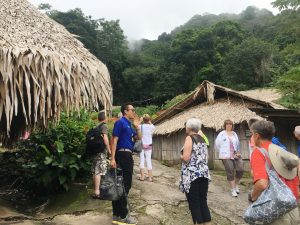 Our guide Phil in the village 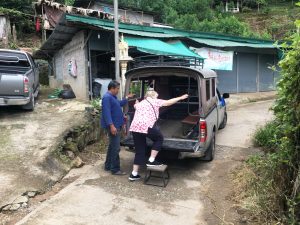 There is a story behind the coffee.  In one of the pictures below you will see both poppy flowers and marijuana plants.  This part of the country was a very large producer of opium (from poppy plants).  The government worked with the farmers to convert their poppy farms to coffee farms.  Apparently the effort resulted in a very significant reduction (or at least that is the story). 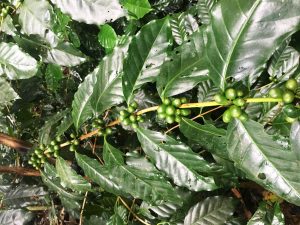 Our next stop was Wat Phra That Doi Suthep Buddhist temple far above the city of Chiang Mai.  We took the funicular up to the temple and observed the amazing architecture.  From there we took the “taxi” down to the main village and had lunch and visited a jade carving business. 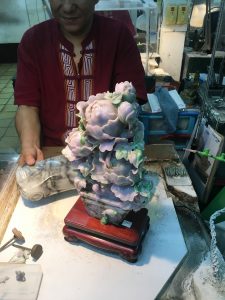 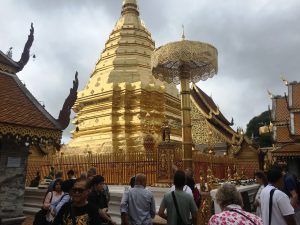 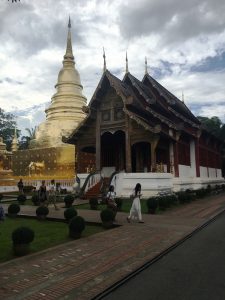 We returned to the hotel to freshen up and then went to yet another Thai restaurant (can you tell that we have had our fill of Thai food?).  Indeed when we checked into the hotel in Chiang Mai, we had dinner in the restaurant on our own and Pat had a hamburger and I had a pizza.

I will cover the second tour in our next blog.

We will be leaving early tomorrow to begin our flights home.  I will try to get one or two more blogs done on the various planes.